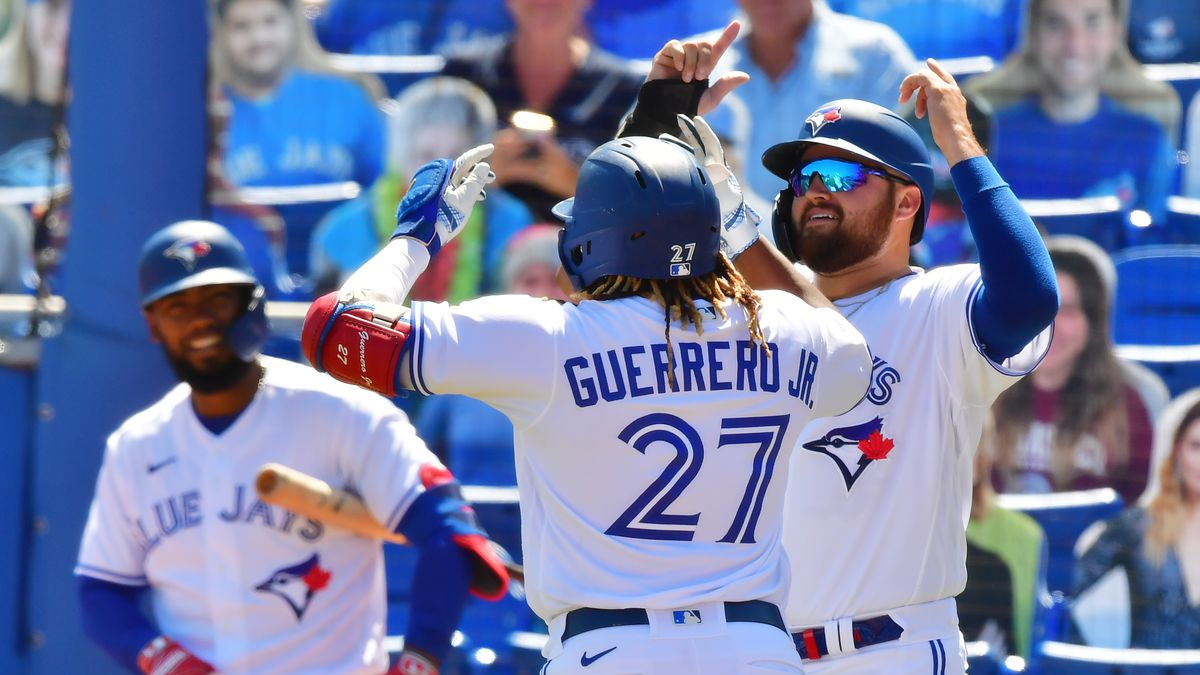 Houston has had a good week so far taking three of four against the Red Sox. They are just behind the A’s in the AL West and they boast one of the top offenses in the game too. Toronto just moved north to their Buffalo “home”. A quick sweep of the Marlins and the Jays look poised to play even better from here on out. Both of these teams are threats to return to the playoffs.

Astros vs Blue Jays odds are via FanDuel Sportsbook as of Friday, June 4 at 1:25 pm ET. For more MLB betting odds, check out our MLB odds, featuring updated odds from FanDuel and other top online sportsbooks.

Betting News uses an aggregation of picks from reputable industry sources for all NBA, MLB, and NHL games that are previewed on the site. For detailed Astros vs Blue Jays betting information, including a source-by-source betting picks breakdown, check out the Astros vs Blue Jays matchup page.

Houston Quietly One of the Better Teams in the AL

Houston could not quite pull off the four-game sweep of Boston yesterday. Still, they have been pretty impressive this season. They are one of the top hitting teams in the league, ranking nd in runs. That has helped carry a pitching staff that is more effective than dominant.

Right now OF Michael Brantley is out of the lineup, but so far that has not hurt the team too much. Mostly it just makes their outfield pretty unrecognizable to the casual fan, especially with George Springer now with the Jays. The Astros infield is still loaded with stars (Alex Bregman, Carlos Correa, and Jose Altuve) though and all are off to solid or better starts. Especially 1B Yuli Gurriel, whose younger brother plays for the Jays.

On the hill, Zach Greinke has been his usual savvy self. Just when it looks like he might be done he figures it out. He has pitched eight innings in two of his last three starts.

Houston is just 11-12 away from Minute Maid Park this season.

Toronto Has the Bats to Compete in the AL East

Toronto’s offensive profile is very impressive. The Jays are third in the Majors in scoring, second in batting average and homers, and tops in OPS. All of that even with the aforementioned Springer, their top offseason acquisition, playing in just four games. Fortunately for the Jays their other top free agent, 2B Marcus Semien, has been fantastic. He was the AL player of the month for May. He has 13 homers on the season and even leads the team in steals with 8.

Phenom Vlad Guerrero Jr. has come of age too. He is leading the Majors in homers and doing so in impressive fashion.

On the mound, lefty Hyun-Jin Ryu has been just as good as he was a year ago. He did miss a little time due to injury, but when his changeup is on he is one of the hardest guys to square up in the American League.

Toronto’s bullpen was sharper earlier in the year. They have been using these guys a lot, but with the call-up of prospect Alek Manoah and Ross Stripling improving, the Jays might not need to lean on them as much. Jordan Romano is the classic quirky closer. He can reach triple-digits and is just wild enough to keep teams honest.

The Blue Jays are the consensus favorite at home. There is a lot to like with this club right now.